Celebrating the Hudson River of The Bronx come and visit me I will be painting live and I will be offering free give aways for the first 10 people who come by and will be selling all kinds of art my art at affordable prices.

Celebrating the Hudson River of The Bronx come and visit me I will be painting live and I will be offering free give aways for the first 10 people who come by and will be selling all kinds of art my art at affordable prices.

CelebratingThe Hudson River in the Bronx, June 9-10th at College of Mount Saint Vincent. Come by and visit I will have free gift packs for the first 10 people who stop by and will have affordable art available for two days. 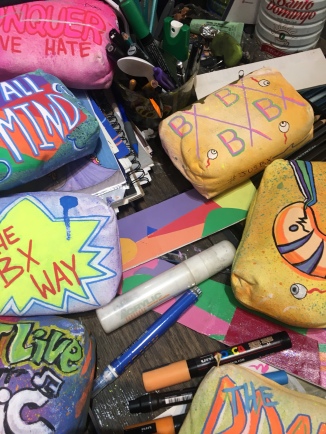 Come Out To My Graduate Thesis Exhibition This Month Where I will be showing My latest and greatest pieces of Art.. #usherdesigns @lehmancuny Lehman College Art Gallery 250 Bedford Park Blvd West May 25th 7pm-9pm 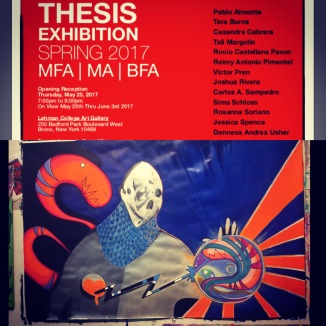 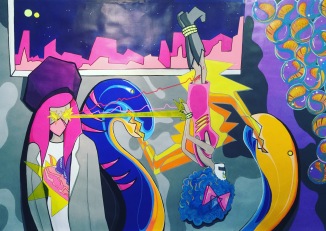 “Resilience is the ability to build and create a different world after the usual world has been destroyed and knocked down. My art allows me to create a different world from the broken world I come from.”- Dennesa Usher
Resilience: Across the Spectrum – Meet the Artist:
Dennesa Usher American artist born in The Bronx NY launched her first solo show “LooKinOut” in 2013 as part of a larger project that aims to empower the community through the arts. Since 2009, she has been painting community murals for the Women’s Housing and Economic Development Corporation (WHEDCO) in The Bronx and beyond. In 2004, a photo of her work appeared on the cover of the publication of Hostos Schedule of Classes and since has launched her career forward. Her paintings and Murals have been featured in Street Art NYC, Bronx 200, Bronx Artists Documentary Project (BXADP), Norwood News, News 12, Bronx Net and NBC News. Usher’s career continues to grow with her latest works featured at The Longwood Art gallery, Bronx Museum of the Arts and Lehman College art Gallery. Usher is also a accomplished art curator,Teaching Artist and Exhibition Manager at The New York Public Library, and has previous experience working at the Children’s Museum of Art, Cooper Hewitt Museum of Design, Christies and Sotheby’s and has been featured on the Smithsonian Institute Website and Wall Street Journal news paper(WSJ). Usher says “I believe that if you really stay focused on the things that you love it’s only in due time that a bigger dream is going to come into play” Stay Tuned! 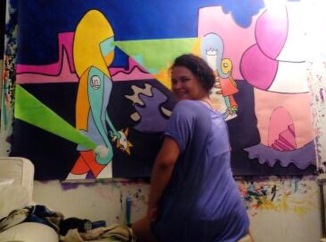 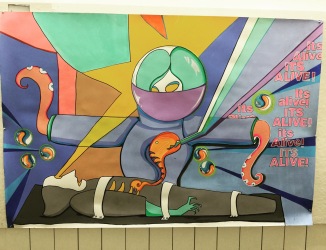 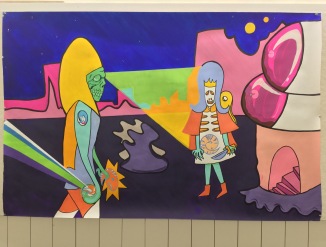